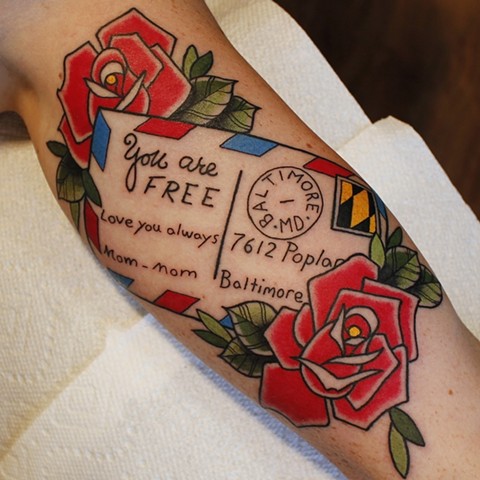 Odessa left Baltimore at the age of 18 to travel the world, live and teach wherever she landed. During that time, Odessa kept in touch with her loyal pen-pal, her great grandmother, whom she had left behind in Charm City. This tattoo was designed to commemorate Odessa’s great grandmother and the connection they had with one another during that time. I was able to incorporate her great grandmother’s handwriting to further customize the design, so that each time she looks at her tattoo, she can remember the conversations and the time they had together. I had a blast doing this tattoo and learning about her adventures.